OUR CLASS TOOK SHAKESPEARES PLAY A MIDSUMMER NIGHT'S DREAM AND TURNED IT INTO A VISUAL SHADOW PUPPET SHOW.  THE PLAY IS A COMEDY MEANING MARRIAGES MOST LIKELY HAPPEN, WELL TO GET TO THOSE MARRIAGES THERE HAD TO HAVE A FEW PROBLEMS ALONG THE WAY. WHEN THE FAIRIES INTERVENE AND USE MAGIC IT GETS A LITTLE MESSY. MY MAIN ROLE IN THIS PROJECT WAS DESIGNING AND CREATING SETS AND PUPPETS. I ALSO HAD THE JOB OF PUPPETEERING, WHICH WAS PRETTY NEAT TO LEARN HOW IT WAS DONE.
PROJECT REFLECTION
Taking the play a Midsummer Night's Dream and turning it into a shadow puppet show was incredibly interesting. I liked how I was able to use what I learned in my Digital Arts class, and being able to apply it to this project to create the puppets/sets. I thought the outcome of this project was pretty spectacular. Especially with cutting the trees using the laser cutter. The trees looked super realistic and exquisite.

The most difficult part to me was when we all were still having to make puppets at the last minute. We didn’t use our class time very efficiently leaving us a lot of stress, because we didn’t have all the puppets done. People were doing them hours before showtime. That stress showed that every second counts, and if we don’t use it we will struggle and not succeed the way we hoped.

I grew as a communicator during this project, but not just any communicator. I grew as an effective one. I listened and took in the ideas people wanted for sets and puppets. I communicated to my peers on how to use illustrator and photoshop for puppet making. Using the right language and words helped me teach them in a fashionable way. When we all communicated efficiently throughout the project we were able to work better and harder. Communication was essential and necessary to this project and the projects to come.

Looking back on this project I know for a fact that most of my pod including me wasn’t very resourceful. We would talk and get distracted on our phones, and do things we weren’t supposed to be doing in that two hours of class time. That time was specifically for working on recording, designing, and cutting things out, etc. Most of the time we didn’t do any of that. That really affected the outcome of our project. I would’ve used my time better and did what I was supposed to be doing. I think that is very essential to having a good outcome.

I think the English speaking word still celebrates Shakespeare's plays after 400 years, because his work has meaning and it’s exquisite. Each one of his plays has a message behind it. It may come up in a tragedy or through a laugh which is a comedy. Even though his plays may of had mystical creatures in them, they still are relatable. The way his work was written was and is still so meaningful and beautiful. This is why he will never be forgotten and same with his work.
​ 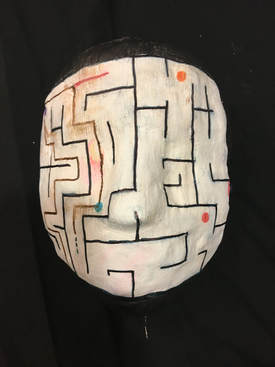